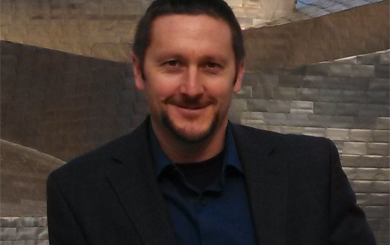 NARROWSBURG – “Shale Gas Development and Water Resource Considerations in the Susquehanna River Basin” will be the subject of an informational talk at the Upper Delaware Council (UDC) meeting on Thursday, December 7.

The 7:00 p.m. presentation will be held at the UDC’s 211 Bridge Street office in Narrowsburg, NY, to precede the monthly business meeting upon conclusion of a question-and-answer opportunity.

All regular UDC meetings are open to the public.

The speaker will be David Yoxtheimer, P.G., a hydrogeologist and Penn State Extension associate with Penn State University’s Marcellus Center for Outreach and Research.

In light of the Delaware River Basin Commission’s announcement that it will prepare and release by Nov. 30 a revised set of draft regulations addressing natural gas development activities in the Delaware River Basin, UDC members are interested to learn more about the experiences and impacts of active gas drilling operations in the nearby Susquehanna River Basin.

Since New York prohibited high-volume hydraulic fracturing state-wide in 2015, action by the Delaware River Basin Commission to end its de facto moratorium in place since 2011 would primarily affect the Upper Delaware River Pennsylvania counties of Wayne and Pike.

Yoxtheimer earned a B.S. degree in Earth Science from Penn State, where he is currently completing his Ph.D. in Geosciences.

He is also a hydrogeology instructor at Penn State and was recently appointed by Governor Wolf to be a voting member of the Pennsylvania Department of Environmental Protection’s Oil and Gas Technical Advisory Board.

Previous to joining the Marcellus Center for Outreach and Research (MCOR), he spent 18 years as a consulting hydrogeologist.

For more information, contact the Center located in University Park, PA at (814) 865-1587 or visit www.marcellus.psu.edu.

The Upper Delaware Council was incorporated as a non-profit organization in 1988. Its voting members are the 8 New York State towns and 5 out of the 7 Pennsylvania townships that border along the Upper Delaware Scenic and Recreational River, as well as the State of New York and the Commonwealth of Pennsylvania. The Delaware River Basin Commission is a non-voting member of the board.

The UDC operates under the terms of a Cooperative Agreement with its federal partner at the National Park Service to implement the River Management Plan for the Upper Delaware River, which the U.S. Congress designated as a unit of the National Wild and Scenic Rivers System in 1978.

The Dec. 7 business meeting will include a synopsis of minutes from the three standing Council committees; potential status reports or handouts from the Delaware River Basin Commission, New York State Department of Environmental Conservation, Pennsylvania Department of Conservation and Natural Resources, National Park Service, and the UDC Executive Director; discussion of old and new business; and public comment.

For further information on the UDC and its activities, please call (845) 252-3022 or visit www.upperdelawarecouncil.org.