The Upper Delaware Council (UDC) was created and mandated in 1988 by an Act of Congress. It oversees a partnership of Federal, two States, and local governments to manage the 73.4-mile designated Upper Delaware Scenic and Recreational River. The UDC fills a vital role in the relationship between the National Park Service and the local communities, protecting home rule authority, safeguarding private property rights, and advising towns/townships on meeting the River Management Plan's Land and Water Use Guidelines. The organization has been funded through a federal allocation, flat since its inception, with neither the State of New York nor the Commonwealth of Pennsylvania contributing their shares. Despite funding challenges, the UDC has fulfilled its core responsibilities set out in the federal legislation for the benefit of the approximately 250,000 visitors each year and all those fortunate enough to live in the Upper Delaware River Valley.

The UDC was unique in the world of river conservation and management when established in 1988 because it represented a formal partnership of local, state, and federal governments and agencies which have joined together to manage the Upper Delaware Scenic and Recreational River, a true national treasure.

The Council’s existence evolved from special provisions in the 1978 legislation which designated the Upper Delaware River as a component of the National Wild and Scenic Rivers System, and called for development of a management plan and a program providing for the coordinated implementation and administration of the plan. To that end, the Upper Delaware Council was formed in 1988.

What sets this River Management Plan apart is the commitment to local land use controls and voluntary actions by landowners to protect the resources on their own private property, as opposed to federal ownership of the land in the river corridor. 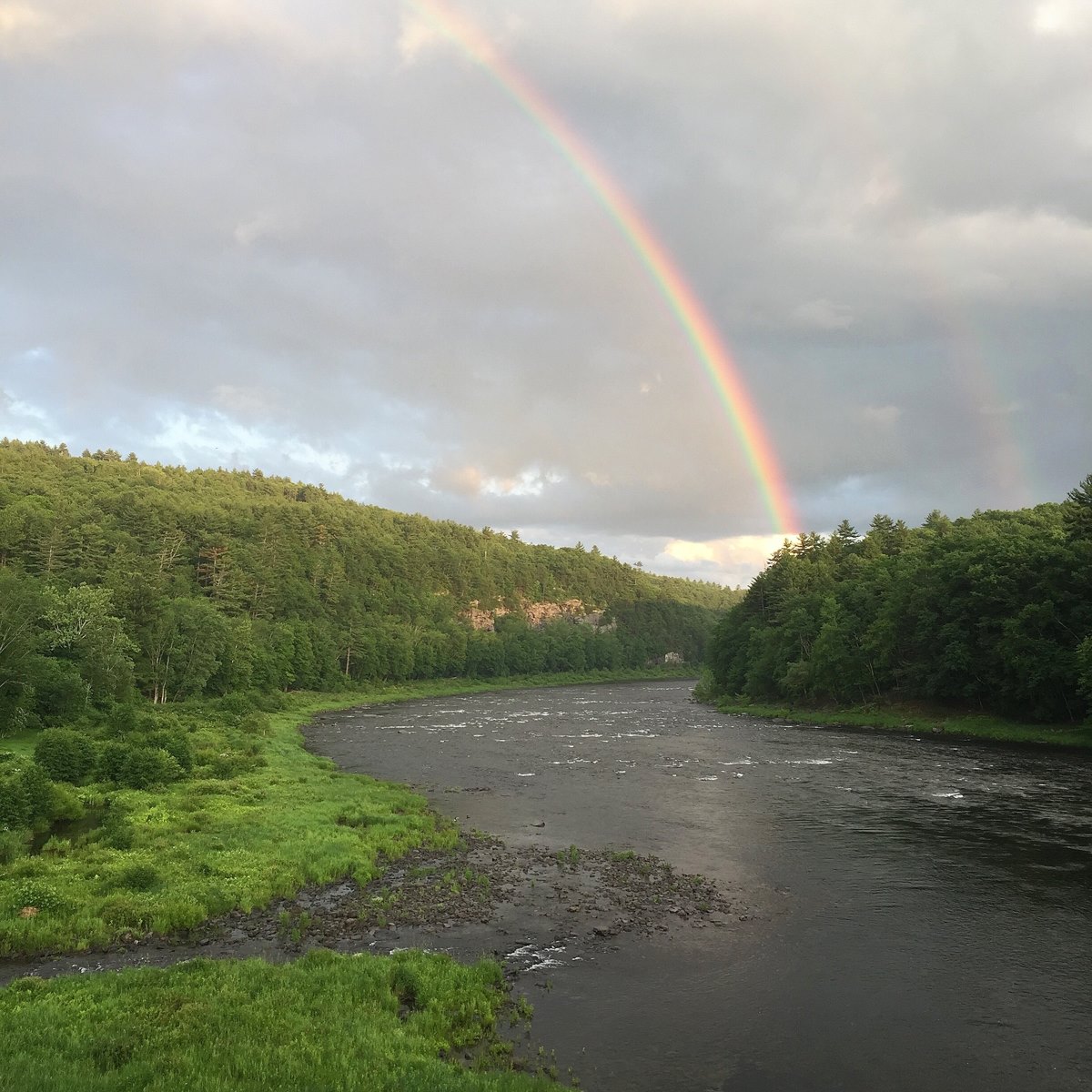 As the driving force behind the River Management Plan, the UDC provides a mechanism to address actions by local, state, and federal agencies which affect the river valley.

Over the past 30 years, the UDC has enjoyed remarkable success, having prevented significant incompatible uses proposed for the river valley, often before the proposal left the drawing board.

UDC committees and staff have worked with corridor towns and townships right from the beginning to ensure that control of the Upper Delaware Scenic and Recreational River stays in local hands, our river valley voice is heard, and that the character of the corridor — in which more than 85% of the land is privately-owned — remains unique in the realm of federally-protected rivers.

The UDC is classified as a non-profit, tax-exempt organization under IRS Code Section 501(c)(3). It is incorporated in the Commonwealth of Pennsylvania and registered to do business in New York State as well. Contributions are tax-deductible to the extent allowed by law. 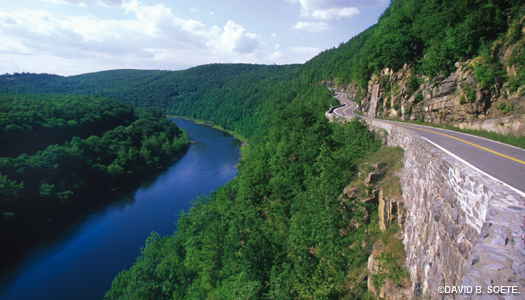 The Council membership operates under a long-term, renewable Cooperative Agreement with the National Park Service. Voting members are the two states (New York and Pennsylvania) and presently 13 out of the 15 local governments which border on the Upper Delaware River.

In New York, these include the Town of Hancock in Delaware County, and Towns of Fremont, Delaware, Cochecton, Tusten, Highland, and Lumberland in Sullivan County, and the Town of Deerpark in Orange County. 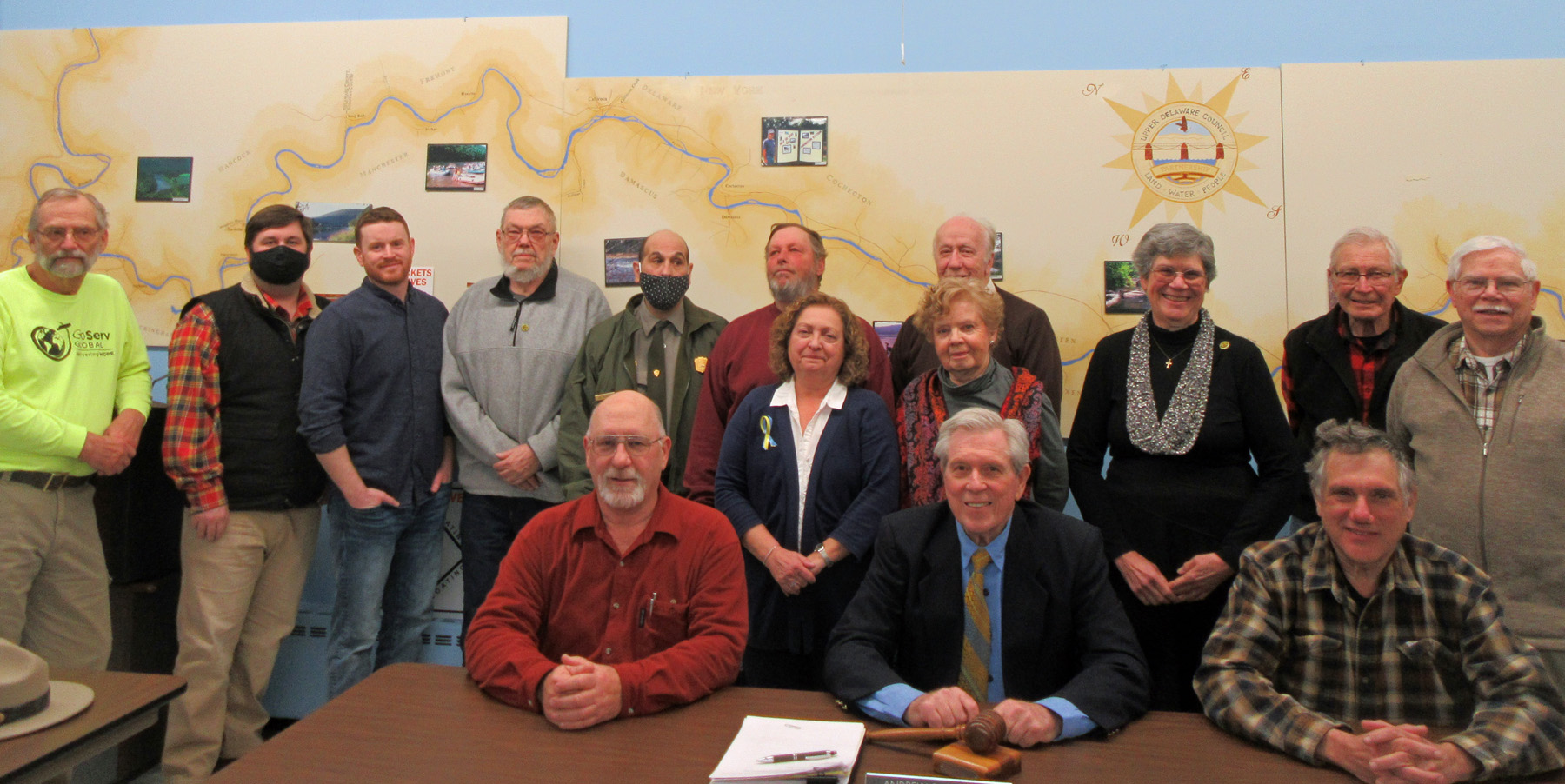 Services to members include reviews of development projects, ordinances, and governmental initiatives; advocacy; and administration of some pass-through state grant programs. 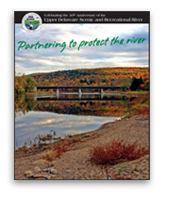 The UDC’s Business Office is located at 211 Bridge Street in Narrowsburg, NY. The full Council meets on the first Thursday of every month.

All meetings of the Council are open to the public.

Access All Meeting Minutes
Directions to the UDC Office 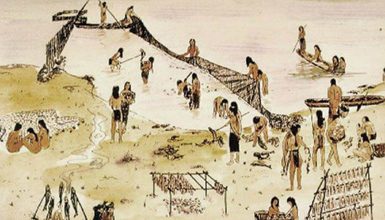 Archeologists have found remains of prehistoric human settlements on the Delaware River dating back 10,000 years or more. Lenni Lenape Native American tribes appeared some 4,000 years ago. The first lasting settlement on the Upper Delaware River was started at Cushetunk around 1750 by Connecticut residents in search of land ownership.