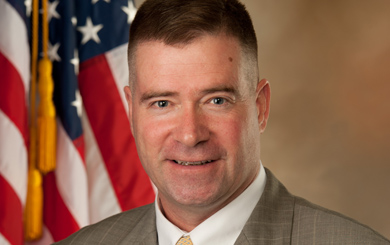 Festivities at the restaurant located at 1040 State Rt. 55 in Eldred, NY begin at 4 p.m. with a reception offering appetizers and a cash bar. A buffet dinner will be served at 5 p.m., featuring Caesar salad, herb-crusted pork loin, roast chicken, twice-baked potatoes, vegetables, soda, coffee, and dessert.

Rep. Gibson will deliver his address at 6 p.m., immediately followed by the presentation of awards to those who have acted to enhance or protect the resources of the Upper Delaware River Valley.

The event is open to the public. Tickets are $26, with reservations requested by April 18 by calling (845) 252-3022 or e-mailing info@upperdelawarecouncil.org.

He serves on the House Armed Services Committee, Agricultural Committee, and their associated subcommittees, as well as the Republican Policy Committee.

Over the course of his 24-year Army career, Gibson rose to the rank of Colonel and deployed seven times. This included four combat tours to Iraq, and separate deployments to Kosovo, the Southwestern U.S. for a counter-drug operation, and Haiti, where he commanded the 82nd Airborne Division’s 2nd Brigade Combat Team during the opening month of that humanitarian relief operation.

After retiring from the Army in 2010, Chris and his family – wife Mary Jo and three children, Katie, 15, Maggie, 13, and Connor, 11 – returned home to Kinderhook and now live around the corner from where he grew up and his mom still lives. He is active in the American Legion, VFW, National Rifle Association, Knights of Columbus, and St. John’s Church.

The Upper Delaware Council was established in 1988 as a non-profit organization whose voting members are the two states –New York and Pennsylvania –and 13 local governments that border along the Congressionally-designated Upper Delaware Scenic and Recreational River. The Delaware River Basin Commission is a non-voting member.

The UDC works under a Cooperative Agreement with its federal partners at the National Park Service to implement the goals of the River Management Plan to conserve the Upper Delaware River’s resources and protect private property rights.