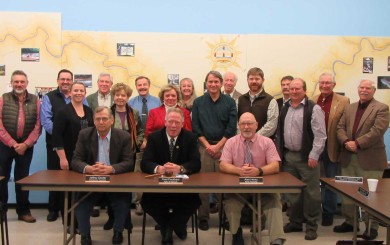 Members appoint representatives and alternates to serve on the UDC board. Following municipal reorganizational meetings, the 2016 roster is:

The river corridor extends 73.4 miles from the confluence of the East and West Branches of the Delaware River below Hancock to Railroad Bridge No. 2 at Sparrowbush. It encompasses more than 55,000 acres that remain in majority private ownership within portions of Delaware, Sullivan, and Orange Counties in NY; and Wayne and Pike Counties in PA.

All meetings take place at the UDC’s office located at 211 Bridge St. in Narrowsburg, NY, and are open to the public.
For more information, please visit www.upperdelawarecouncil.org or call (845) 252-3022.