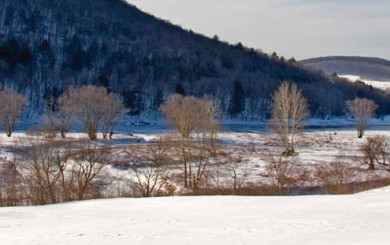 NARROWSBURG – The Upper Delaware Council, Inc. (UDC) is accepting public nominations through March 15 for its 29th Annual Awards Ceremony to be held on April 23 at Central House Family Resort in Beach Lake, PA.

Nine categories are available, in addition to the Oaken Gavel Award traditionally given by the Council to the past year’s chairperson. Nomination forms and a list of past award recipients are available on-line at www.upperdelawarecouncil.org or upon request.

The Sunday, April 23, ceremony will take place at the Carriage House facility of Central House Family Resort located at 81 Milanville Road in Beach Lake. The keynote speaker will be U.S. Representative John J. Faso (NY-19).
Festivities will begin at 3 p.m. with an hors d’oeuvres and cash bar reception. A buffet dinner will be served at 4 p.m. The keynote address and the presentation of awards will follow.

The public is welcome. Tickets are $27. Reservations with advance payment are required by April 14.

Nominations are sought for the following award categories:

Robin M. Daniels Memorial Lifesaving Award – Given to individual(s) who, through an act of selfless heroism, saved the life of a person or persons in imminent peril in 2016.

Community Service Award – Given to the individual, community, sportsmen’s or conservation group, or other entity that took action in 2016 to protect the river corridor, or one or more of its valuable resources.
Cultural Achievement Award – Given to the organization or individual whose work promoted, enhanced, or interpreted the cultural resources of the Upper Delaware River Valley.

Outstanding Community Achievement Award – Given to a municipality to recognize significant action in 2016 to protect the river corridor.

Volunteer Award – Given to the individual or organization who contributed significant time and energy in 2016 in service of the Upper Delaware River Valley.

Nominations will be evaluated by a UDC subcommittee. The list of this year’s honorees will be announced in late March.