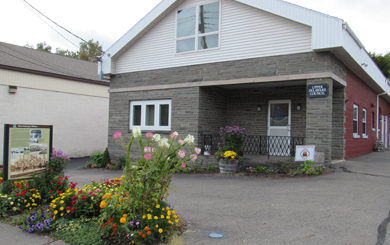 NARROWSBURG – The Upper Delaware Council, Inc. (UDC) provided a detailed response accompanied by a 25-lb. box of supporting documentation to the National Park Service (NPS) by a Dec. 1 deadline after the federal agency questioned the origin of the non-profit organization’s Unrestricted Fund.

The UDC maintains that its Unrestricted Fund represents non-Federal assets derived from a variety of sources, including interest on former investments, grants, and contributions, which date back to the Council’s incorporation in 1988 and have been reported on all financial reports duly shared with the NPS.

“The UDC prides itself on transparent governance and responsible stewardship of its Federal funding to fulfill its duties and objectives under the Cooperative Agreement, the Upper Delaware Scenic and Recreational River enabling legislation, and the Final River Management Plan,” the Nov. 30 response letter states.

The fluctuating Unrestricted Fund, which amounted to $115,508 as of the Sept. 30th end of Fiscal Year 2017, provides the Council’s working capital to operate while awaiting monthly reimbursement of its expenditures.
The UDC is funded 99.95% through a line-item in the NPS Upper Delaware Scenic and Recreational River’s budget at a $300,000 level which has not adjusted for inflation in the past 30 years.

Representing 13 river towns and townships, the State of New York, the Commonwealth of Pennsylvania, and the non-voting Delaware River Basin Commission, the UDC was established to coordinate implementation of the Final 1986 River Management Plan for the Upper Delaware Scenic and Recreational River in partnership with the NPS.

Over 90% of the 55,574.5 acres encompassed by the 1978 U.S. Congressional designation of the Upper Delaware is privately-owned land, while the NPS jurisdiction pertains to the surface of the river and the limited amount of property that it owns.

In the Council’s letter directed to the chief of the NPS Financial Assistance Policy Branch based outside Denver, CO as instructed, UDC Executive Director Laurie Ramie noted, “The probe requires going back in time to the 1988 inception of the UDC, assembling a trove of documents that were routinely provided to the National Park Service throughout those years for review and approval, and analyzing the impacts of the practices and policies that were in effect over the relevant period.”

A summary of the research conclusions found that:

• The UDC invested $453,826 more than the $8,999,134 in Federal revenues it was awarded from 1988 to 2017 to carry out its River Management Plan and NPS Cooperative Agreement responsibilities.
• A schedule was provided listing the annual totals of non-Federal revenue garnered by the UDC from 1988 to Sept. 30, 2017, with an attachment detailing $130,800 in direct grant awarded to the UDC and fees received to administer New York State Legislative Member Item grants, as well as $25,700 in cumulative donations since 2005 from the Upper Delaware Scenic Byway 501(c)(3) organization as two major sources.
• From 1988 to 2010 when the Federal award was provided as a lump sum payment at the beginning of the fiscal year prior to the 2011 transition to a monthly reimbursement application cycle, the UDC prudently invested those monies. Using a formula developed with and approved by the NPS, the UDC repaid $95,869 in interest earned on Federal funds, with net earnings to the UDC of $70,570. Documentation showing those annual calculations and acceptance of payments in full satisfaction of the UDC’s obligation to the NPS were included.
• The netting of Federal and non-Federal funds received and all expenditures over the past 30 years would result in net Federal or Temporarily Restricted Assets of $0 if there were no fixed assets. However, because NPS has reversionary interest in the real estate and equipment utilized by the Council, the net book value allocated to the Temporarily Restricted Fund is currently $60,657.
• The Unrestricted Fund provides the working capital necessary for the UDC to pay bills while awaiting monthly reimbursement from the Federal award and to provide stop-gap funding during periods of award delays under Continuing Resolutions, sequestration, or the time to process the UDC’s annual Application for Federal Assistance packages, such as the UDC was experiencing in early December without any funding awarded since the fiscal year began on Oct. 1.

The UDC’s explanation also pointed out that NPS Upper Delaware Scenic and Recreational River personnel are present for all meetings of the full Council and its committees, as available. Accounting processes and procedures to assure the UDC’s compliance with Federal regulations were developed jointly by the NPS, UDC, and professional consultants. All required financial reports have been accepted by NPS without any findings of major deficiencies expressed.

Although not required by the income threshold amount of its Federal award, the UDC retains the services of a Certified Public Accounting firm to conduct annual professional audits or financial reviews to maintain extra checks and balances over its financial systems.

A letter to the UDC from NPS Northeast Region Chief Financial Officer Alexa Molnar dated Oct. 30 stated that the UDC Operations Committee’s Sept. 26 discussion questioning why the Upper Delaware Scenic and Recreational River unit returned $30,000 of fiscal year-end monies to the NPS Northeast Regional Budget Office and asking whether the UDC could apply in the future for special project funding when surpluses are available prompted the NPS inquiry.

In a Sept. 14 response to the UDC, NPS UDS&RR Superintendent Kristina Heister had written, “Additional project funding would be considered only after the UDC has expended the funds described in the November 22, 2016 Operations Committee minutes as ‘unrestricted’.”

Molnar’s Oct. 30 letter provided a Nov. 13 deadline for the UDC to provide “copies of all documentation that relates to where the money in this account originated” or “be subject to further investigation.”

The UDC protested on Nov. 2 that the arbitrary deadline allowed for an “unreasonable and unrealistic nine business days” for Council staff to consult with the UDC’s accounting subcontractors and to compile the voluminous documentation required to meet the open-ended inquiry.

A deadline extension to Dec. 1 was granted in a Nov. 9 response from Molnar, in which she added that if the records “do not provide the information necessary to determine the origin of the ‘unrestricted fund’, the issue will need to be referred to the Department of Interior Office of Inspector General (DOI OIG) for further review.”

Her letter concluded by stating, “We look forward to receiving the documentation necessary to identify the source of your ‘unrestricted fund’ so we can quickly resolve this issue and move forward with our long-standing and productive relationship with the UDC.”

That statement caused the UDC to opine in its Nov. 30 response package that “threats of federal investigations into our non-profit organization’s non-Federal working capital are not at all conducive to promoting a positive partnership that is now entering its 30th year of cooperative management aimed at conserving the Upper Delaware Scenic and Recreational River national treasure.”

The UDC will seek to recoup the approximately $7,727.50 spent as of Nov. 30 for professional services rendered to adequately research and respond to this unbudgeted NPS inquiry covering a 30-year history. Internally, two staff members logged a combined 95.25 hours valued at $2,039.54 on this unanticipated project.

The Council concluded its letter by requesting a projected timetable for completion of the NPS review.