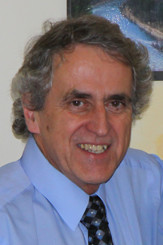 The Upper Delaware Council, Inc. paid tribute to its first Executive Director, Bill Douglass, at its March 3, 2016 meeting by unanimously approving a resolution as follows:

Whereas, The Upper Delaware Council, Inc. (UDC) hired William E. Douglass as the non-profit organization’s first Executive Director on March 13, 1989, a position that he held with distinction for 22 years before retiring effective January 1, 2012; and

Whereas, As chief support staff to the Council, “Bill” was responsible for establishing the framework of programs and activities necessary to accomplish the UDC’s mission of ensuring effective implementation of the River Management Plan for the Upper Delaware Scenic and Recreational River in partnership with the National Park Service; and

Whereas, The position required Bill to demonstrate skills in intergovernmental coordination, organizational administration, budgeting, communications, strategic planning, staff supervision, outreach to board members, elected officials, media, and the public, and to have an extensive knowledge of land use development and resource management issues; and

Whereas, Bill performed his duties with diplomacy, studious research, a strong work ethic, an engaging demeanor, and dedication equaled only to his devotion to his beloved family and volunteer service to his community in Wayne County, Pennsylvania; and

Whereas, The membership and staff of the Upper Delaware Council mourns the loss and cherishes the memory of Bill Douglass (April 17, 1949 to February 13, 2016);

Now, therefore, be it resolved that,

1) The Upper Delaware Council, Inc. expresses gratitude to William E. Douglass for his impactful contributions to building and sustaining the successful legacy of the Upper Delaware Scenic and Recreational River’s cooperative management model; and

2) This resolution will be presented to Bill’s family with condolences and respect.