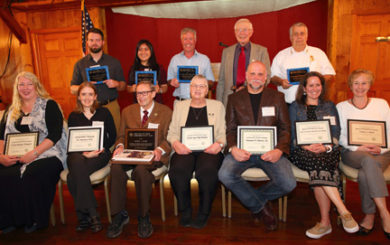 Missing from the group photo was U.S. Congressman John J. Faso, who received the Advocacy Award earlier in the ceremony; and Mary Belezaire of Mt. Vernon, co-recipient of the Lifesaving Award, who was unable to attend.