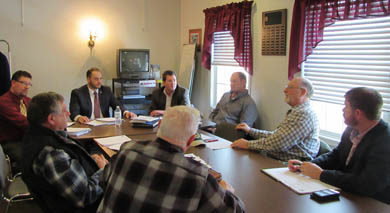 The newsletter about the environment and people of the Upper Delaware River Valley in New York and Pennsylvania has been published free of charge by the UDC since 1988.

The Upper Delaware Council, Inc. is the not-for-profit organization which works in partnership with the National Park Service to oversee implementation of the River Management Plan for the Upper Delaware National Scenic and Recreational River. Its members are 13 New York towns and Pennsylvania townships which border on the river, as well as the two states, and the Delaware River Basin Commission.