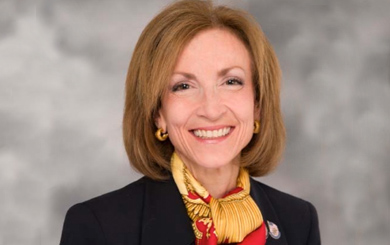 Award nominations for individuals, organizations, agencies and communities that have enhanced the Upper Delaware Scenic and Recreational River are being accepted until March 19.

Reservations at $25 per person are due by April 13. The event is open to the public and will include a reception with hors d’oeuvres and a cash bar starting at 3 p.m., a buffet dinner at 4
p.m., the keynote address, and presentation of awards.

Congresswoman Hayworth was elected in 2010 to represent New York State’s 19th Congressional District, which includes all or parts of Orange, Dutchess, Putnam, Rockland, and Westchester Counties. Hayworth currently serves on the House Financial Services Committee and is a contributing member of over 16 caucuses and task forces, including the bipartisan Congressional Common Ground Caucus that she co-chairs.

For 16 years, Dr. Hayworth was employed as an ophthalmologist in her own solo practice and as a partner in the Mount Kisco Medical Group. She also served as an attending physician at Northern Westchester Hospital, and was an instructor and Assistant Clinical Professor at the Mount Sinai School of Medicine in New York.

As a public servant, Hayworth is a staunch fiscal conservative who firmly believes in the adage, don’t spend what you don’t have. Top priorities in the 112th Congress are to reduce regulatory burdens on businesses and reviving the economy through job creation. With
her medical background, she supports creation of new health care policy that improves affordability and access while sustaining choice, quality, and innovation.

A resident of the 19th Congressional District since 1988, Hayworth and her husband, Dr. Scott Hayworth, live in Bedford with their two sons, Will and Jack. Additional information about the 24th Annual Awards Ceremony is available online at www.upperdelawarecouncil.org or by contacting the UDC at (845) 252-3022.