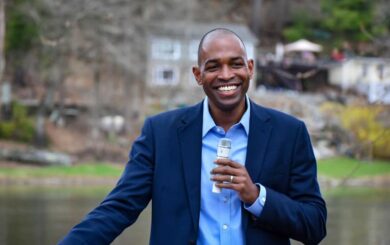 “The Upper Delaware River is more than beautiful scenery — it’s an economic driver for our communities,” said Rep. Delgado. “In New York’s 19th Congressional District, the river generates more than $400 million in economic value every single year. I am proud to launch the bipartisan Delaware River Watershed Caucus alongside Representative Fitzpatrick. This caucus will bring together members from both sides of the aisle to advocate for our communities and secure federal funding to protect these precious waters. Thank you to Friends of the Upper Delaware River, local elected officials, and conservation organizations for your continued partnership and advocacy.”

“I have long advocated for more federal funding for the Delaware River Watershed to improve the lives of our communities and our natural habitats. The onus is on us to invest in conservation, and American innovation is our best chance to improve environmental policies, encourage stewardship, and grow the economy here in our Basin,” said Rep. Fitzpatrick. “I’m honored to co-chair this bipartisan caucus with Congressman Delgado and look forward to diligently working to advance bipartisan coordination on marquee conservation programs throughout the Delaware River Watershed.”

“Congressman Delgado is a true champion of the Upper Delaware River, and we are grateful for his leadership in forming a Delaware River Congressional Caucus on Capitol Hill,” said Jeff Skelding, Executive Director, Friends of the Upper Delaware River. “The Congressman’s tireless work in Washington and back home in his New York district has played an enormously important role in securing new federal resources to protect and restore one of the state’s natural resource crown jewels. This federal support translates into local jobs, infrastructure protection, an enhanced tourism economy, flood mitigation, and ecological protection.”

“The Delaware River is one of our region’s most vital resources,” said Julie Tighe, President of the New York League of Conservation Voters. “Not only does it provide clean drinking water to 5 million New Yorkers, it’s also home to a thriving tourism and fishing industry. That’s why NYLCV helped found the Alliance for the Upper Delaware River and is fighting for its protection. We thank Congressman Delgado for being an essential partner in recognizing the watershed and for forming this caucus to bring much-needed attention from Washington to this crucial waterway.”

The Delaware River Basin generates $25 billion in annual economic activity and contributes $21 billion worth of ecosystem goods and services each year. The watershed touches 23 congressional districts across four states.