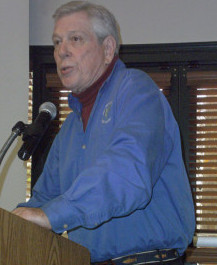 In an impressive display of unity, dozens of conservation organizations, business owners, and local governments throughout the Delaware River watershed sent letters to the five key decision makers who will soon cast a vote on the next water resource management plan for the New York City Delaware River basin reservoirs in upstate New York.

All of the letters expressed disappointment in the failure to reach agreement on a new plan over the past four years, and requested a face to face meeting to work out long standing disputes that have stymied negotiations and left critical water resource management needs go unaddressed from the Delaware Bay to the headwaters of the bi-state river system in New York State.

The Flexible Flow Management Plan (FFMP) governs water diversions from Cannonsville, Pepacton, and Neversink reservoirs to New York City for water supply needs and water releases below the reservoirs for downstream uses in the states of New York, New Jersey, Pennsylvania, and Delaware.

The plan has watershed wide implications and affects more than 15 million people both inside and outside the Delaware watershed. The current FFMP is due to expire on May 31, 2016.

Letters were sent to the Governors of New York, New Jersey, Pennsylvania, Delaware, and the Mayor of New York City (collectively known as “the Decree Parties”) urging them to meet with a diverse group of watershed stakeholders to open up a public dialogue in an effort to break a stalemate in negotiations that has lasted almost five years. Competing water resource needs and intractable parochial positioning on the part of the Decree Parties has resulted in four straight one-year extensions to an unchanged plan.

“We are asking decision makers at the highest level to come together under one roof and engage in an open dialogue with the people and organizations that live in this watershed and depend on a healthy river system for their economic, social, and cultural well-being. For years, these negotiations occurred behind closed doors and in virtual secrecy and we’re seeing the result – a complete failure over the past 4 years to reach agreement on a new plan that can meet multiple resource needs for all stakeholders. It’s time to let the people who are most affected by this plan into the room,” said Jeff Skelding, Executive Director of Friends of the Upper Delaware River.

Pressing water resource needs go unmet in the absence of a new plan. These include fisheries and aquatic habitat protection, ensuring the vitality of recreational activities that support an ever increasing watershed wide tourism economy, management of the “salt veneer” that migrates upstream from the Delaware Estuary and public water supply needs, not just in New York City, but throughout the Delaware River watershed.

The Upper Delaware Council, Inc. (UDC), a non-profit organization whose voting members include 13 New York towns and Pennsylvania townships, the State of New York, and Commonwealth of Pennsylvania, was among those joining the call for an interactive public meeting with the Decree Parties.

“The Upper Delaware Council urges the Decree Parties to resume good faith negotiations based on a thorough evaluation of the interim Flexible Flows Management Program (FFMP), with the goal of approving a multi-year agreement that aims to satisfy required objectives while protecting the Delaware River resource. Given the May 31, 2016 expiration date of the current FFMP, time is of the essence to avoid entering a fifth year of renewing virtually the same agreement because the Decree Parties are unable to work together to reach unanimity due to various contrasting positions” wrote UDC Chairperson Fred Peckham in a letter unanimously approved by the board on Jan. 7.