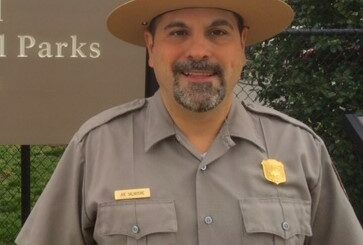 Joe started his NPS career in 2013 following a career in the Navy. Joe enlisted in the Navy when he was 18 years old. He spent six years on active duty and made six strategic deterrent patrols out of Holy Loch Scotland on the nuclear submarine, USS George Washington Carver, SSBN 656, Gold Crew, including patrolling during Operation Desert Storm. After leaving the Navy, Salvatore spent nine years as a defense contractor.

Joe began his NPS journey as chief of Facilities at the National Mall and Memorial Parks. He oversaw the robust and diverse maintenance program for those parks, including managing a $20 million budget. Starting in 2016, Joe served as deputy chief for the WASO Parks Facility Management Division, where he coordinated servicewide facility maintenance programs.

Joe’s goal was to be a superintendent. In 2020, following a six-month assignment as deputy superintendent at Delaware Water Gap National Recreation Area, he reached his goal when he was selected as superintendent of Upper Delaware Scenic and Recreational River. Joe’s gregarious and upbeat personality served him well as he worked with community leaders and park partners.

During his time at the Upper Delaware, Superintendent Salvatore played a vital role in navigating the park during the COVID 19 epidemic. He was also a big advocate for river safety and emphasized the need for continual river safety messaging for the park.